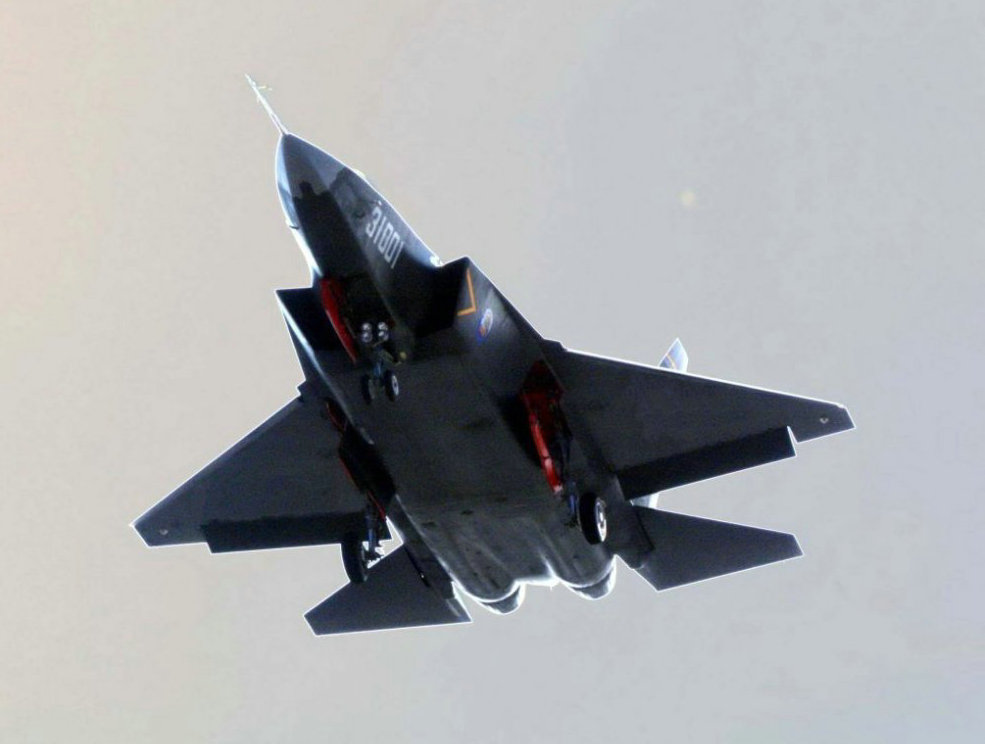 Not a bad looking aircraft

Based on what I've heard, it appears that the J-31 is intended to fill a somewhat similar role to the American F-35; a multipurpose medium weight fighter. Much noise has been made about the similarities between the J-31 and F-35. While I would be highly surprised if the PRC hadn't obtained classified information about the F-35's design, I doubt it's an exact copy, as some claim. Rather, I think it's a case of convergent evolution; any aircraft designed with low RCS in mind will have certain features, as a friend of mine explains here.

Especially sharp eyed observers will note that while the F-35 only has one engine, the J-31 has twice as many. I'm not sure whether this is a deliberate design choice, or because China has yet to produce an engine comparable to the F135 (which powers the F-35). However, I suspect it's the latter.

Historically, Chinese jet turbine design has been behind the US and other western countries. The primary evidence of this is their usage of Russian engines in many of their military aircraft. For instance, the J-10 is powered by the AL-31, the same engine that powers the Su-27. So far as I know, the J-20 prototype also uses a version of the AL-31 (although the production aircraft are supposed to be powered by a domestic engine). I highly doubt that the Chinese would use a foreign engine on such sensitive military projects if they were confident in their abilities to produce a good enough engine domestically.

Also consider the Y-20, one of the PLAAF's recently developed transport aircraft. 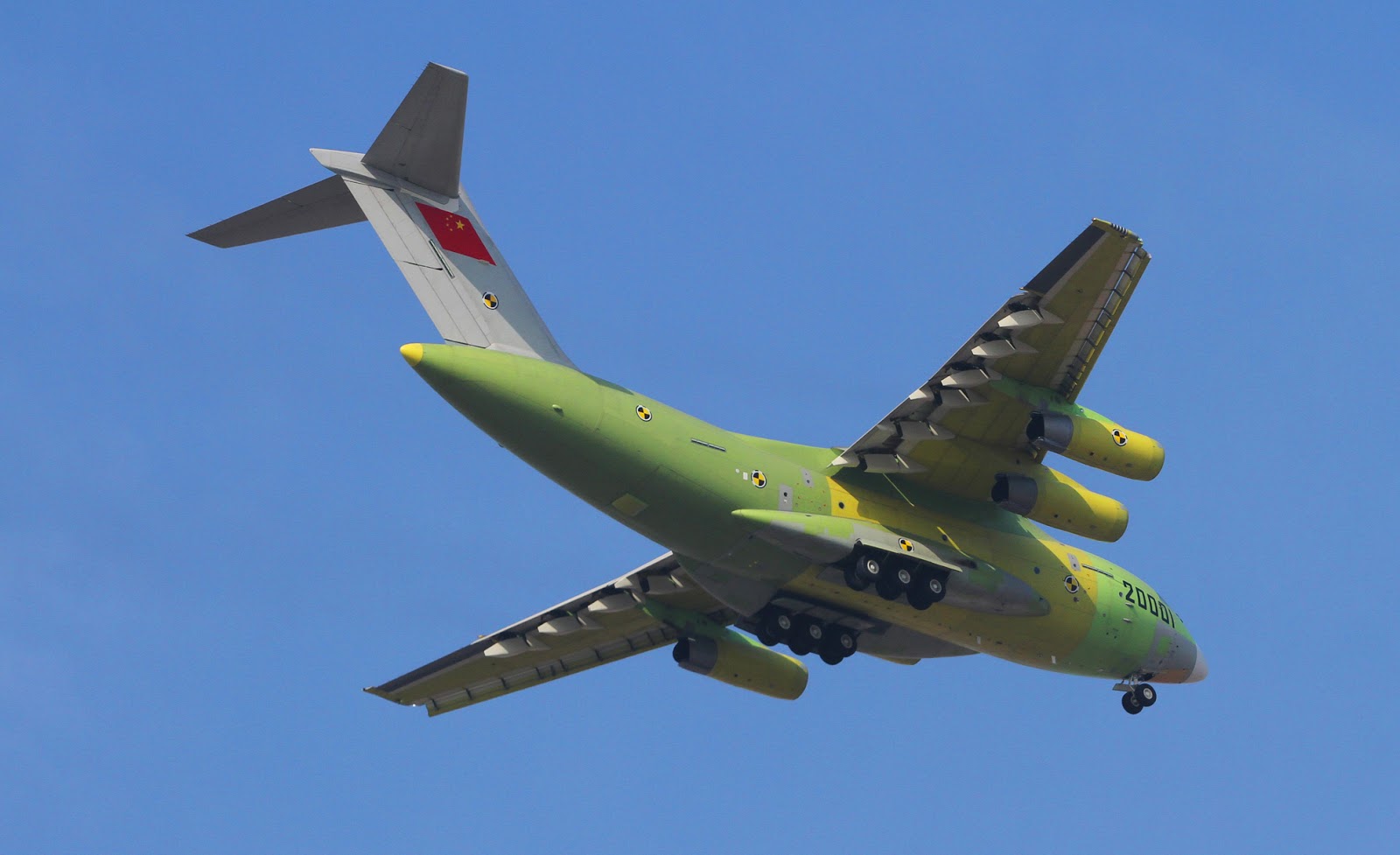 Despite having a modern airframe design, the prototype still uses same Soloviev D-30s as the Il-76. While the Soloviev isn't a bad engine, it's a bit dated (anecdotally, it's also quite loud). Not what I would put on my brand new transport aircraft. While the production version is planned to use an indigenous high-bypass turbofan, this is still an indication that the Chinese are slightly lagging in engine design.

Of course, design of high performance turbines is hard (citation needed). Just because the PRC isn't quite on the same level as the US or Europe doesn't mean that their engineers are idiots.